A macro is a line of placeholder code located in the HTML tag for third-party ad hosting services, which is filled in when the creative serves. Download the full list of Creative Macros here: Pontiac Creative Macros

Macros for all Impressions

The macros below may be used in creative URLs or landing page URLs. 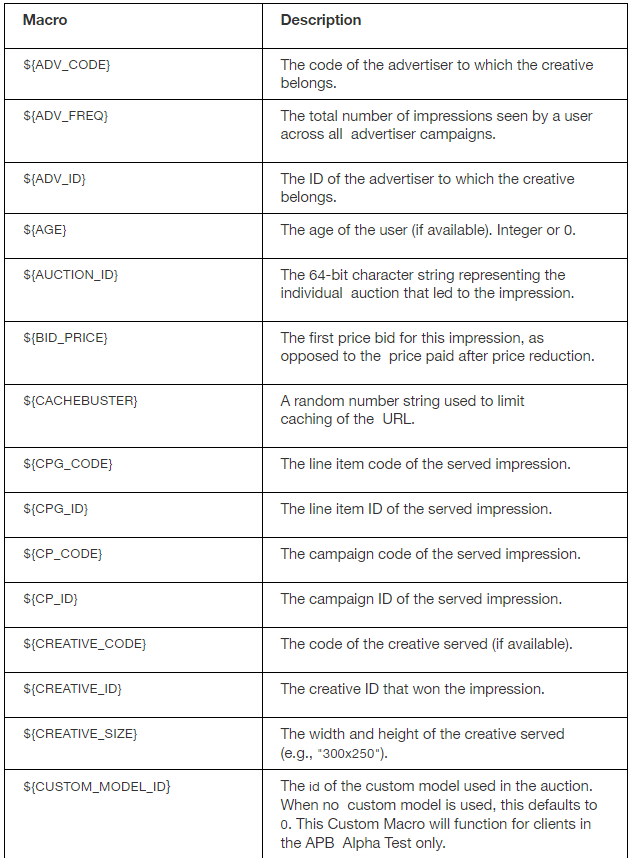 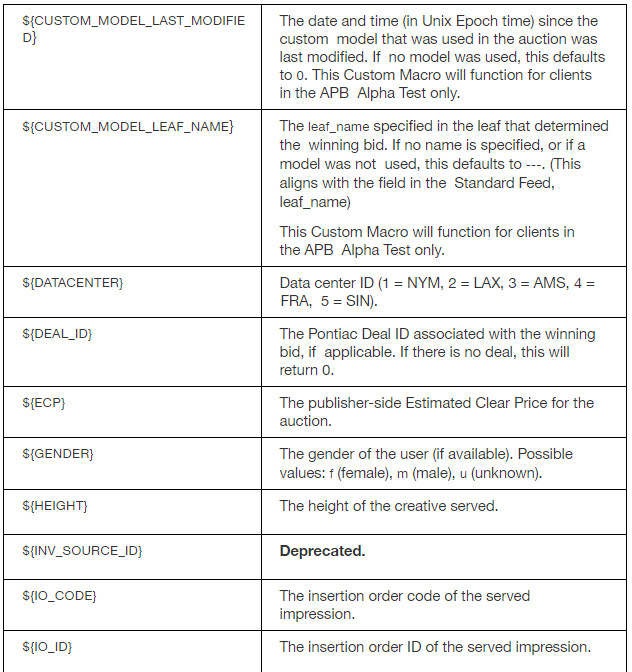 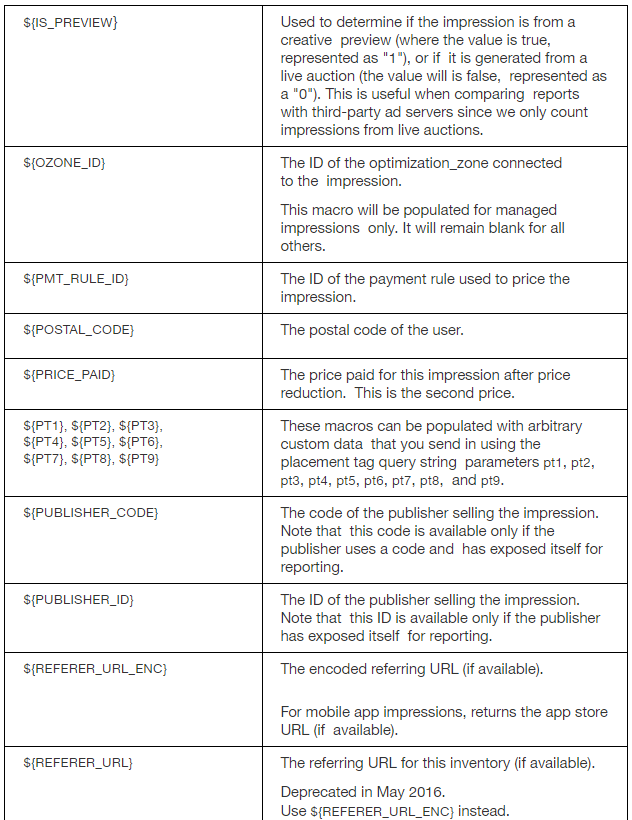 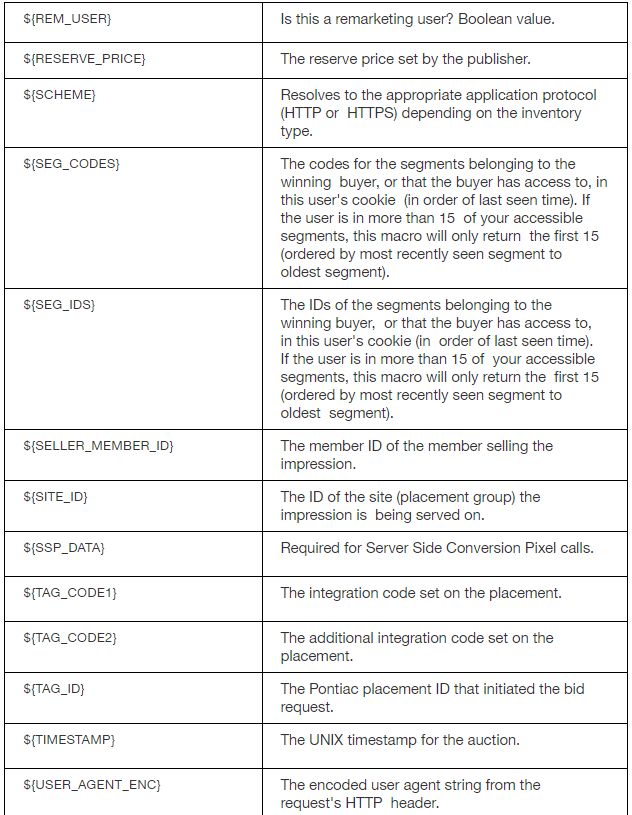 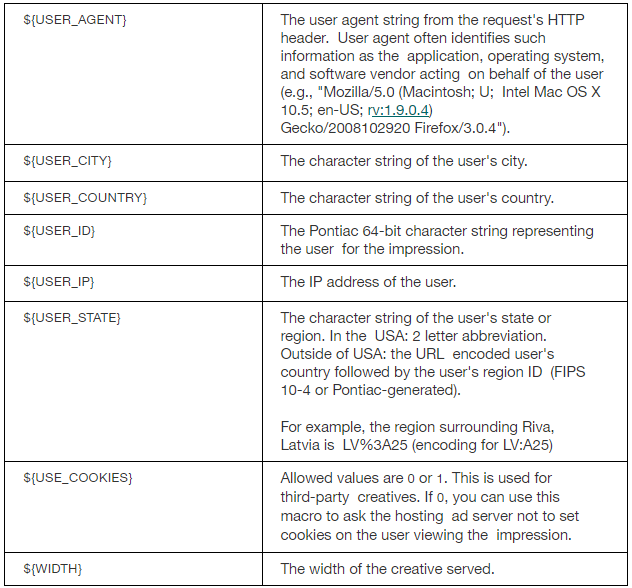 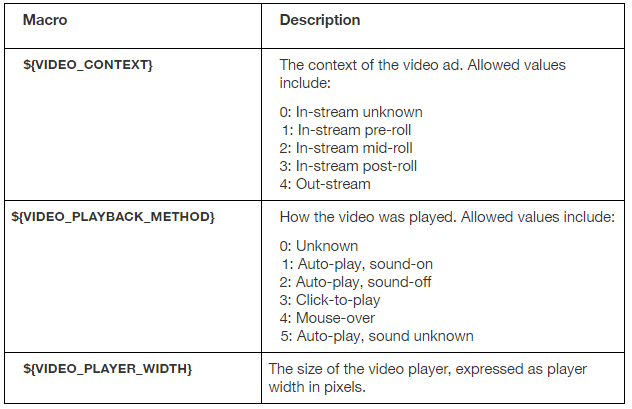 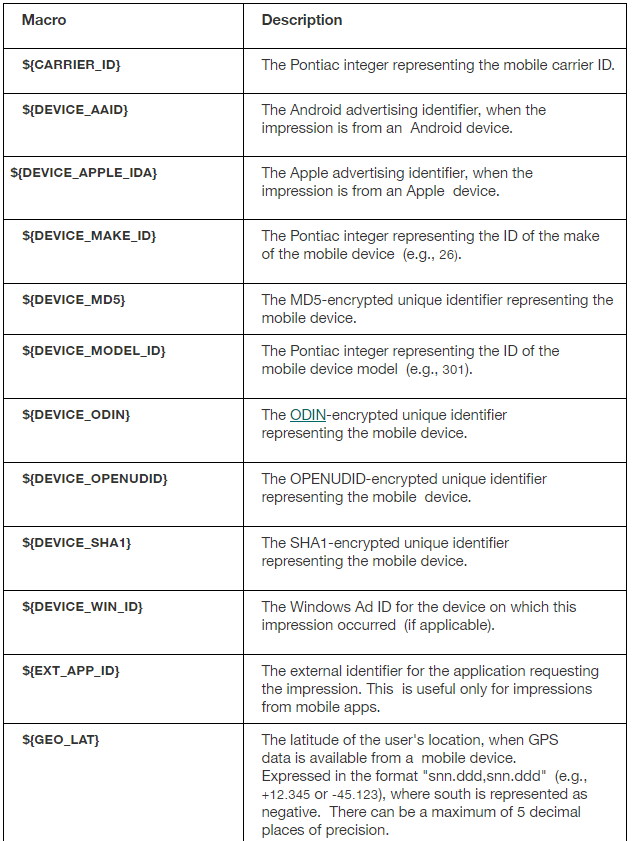 A function macro performs a function on another macro. Function macros can be used in  combination with any other creative macro, including custom macros although if they are not  recognized at render time, they will not be translated and the function will not be called.

Pontiac currently supports the {$URL_ENC} function macro, which can be used for a variety of  purposes related to encoding. A key use case is when a URL needs to be passed from ad server to ad server via a creative macro, and due to the presence of unsupported characters in  standard URL formatting, must be encoded at various steps of the process.

The macro takes the following form:

where ${MACRO_NAME} is the macro to be encoded and # is the integer 1, 2, or 3, representing  the number of times to encode the contents. Note that more than three encodings are not  supported.

Each encoding corresponds to a step in the redirect chain, as well as how a given third-party  click tracker works with the macro. Double encoding will usually be needed for final destination  URLs when a second ad server is involved, and triple encoding for a third ad server.

To determine whether you will need to use single, double, or triple encoding, you should check  with your third-party click tracker and then test your URL_ENC macro to ensure it works. If your  macro is not working, one consequence of this may be link breakage, which will result in users  not reaching the intended destination URL.

using ${URL_ENC(${CLICK_URL},1)} to single encode the URL would result  in http%3A%2F%2FPontiac.media populating the creative.

To encode media URL once:

To encode a custom macro called ADFORMAT once:

When using the Pontiac Macros, the IDs returned for Advertisers, Line Items, Creatives and Pixels will be Exchange IDs. To match these IDs to the Pontiac IDs, you must download the ‘Pontiac Macro ID Mapping’ for your seat. To find this doc, open an Advertiser and select ‘New Creative’. Switch the dropdown to ‘Ad Server Tag Banner’ and you will see the following: 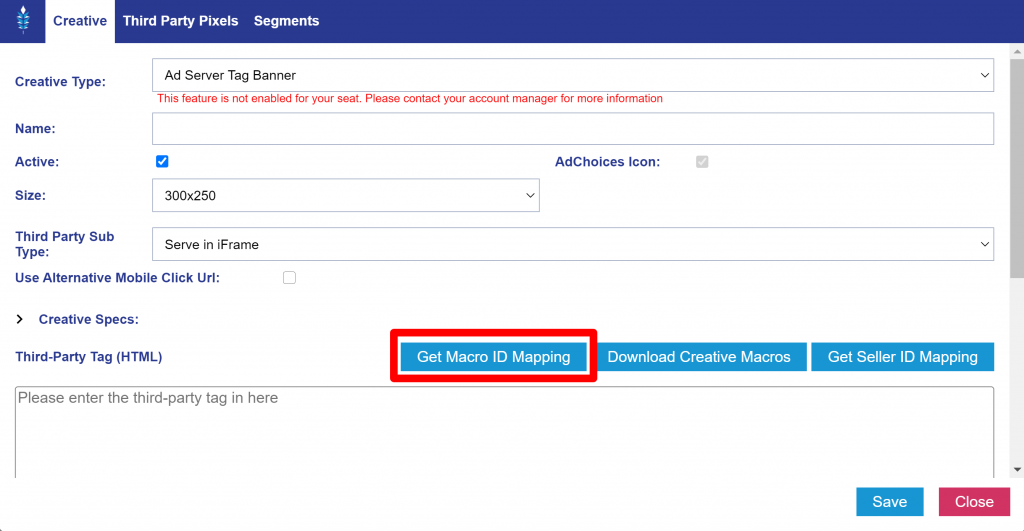 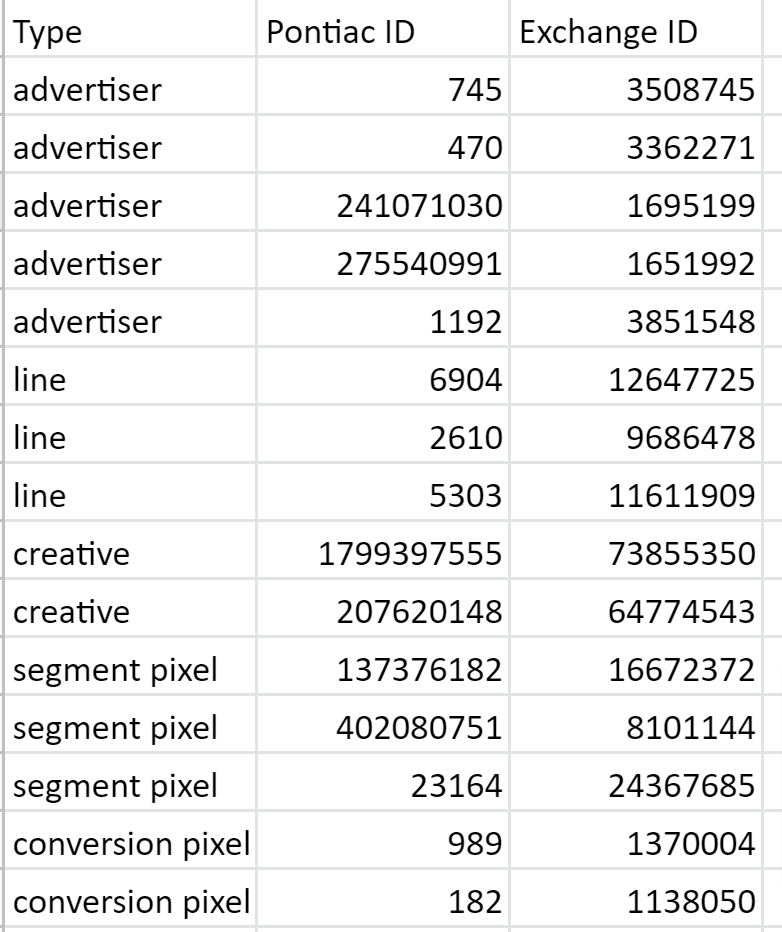